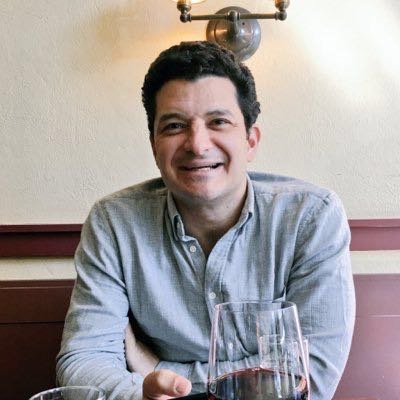 What do you do currently?
I am an early stage investor and a part time professor at Harvard Business School and teach some cases at IPADE. I created my own investment management firm after having worked for several years in real estate private equity focused companies. Vander Capital Partners has been a GP in a real estate private equity fund, has been an LP in another one as well as performed several early stage investments in #PropTech or #CRETech which is tech in the real estate market. Vander is not a fund, as it does not manage third party money.

How and when did you get involved with the Mexican entrepreneurial ecosystem?
In 2002 I published the first paper on Mexican private equity in a US academic journal. When I moved back to Mexico I started teaching the first VC and PE class in Mexico at ITAM’s MBA in 2003 and wrote several cases. I have not stopped teaching since then. I was at ITAM until 2009 and started teaching at IPADE in 2010. I was invited to teach a class at the MBA at HBS in 2015 and have been teaching at Exec Ed this year. Since 2003 I have published several academic articles, articles and reports in different magazines and journals. The objective of these publications has been to generate transparency and information about a sector I am very passionate about. Several articles are about Mexico, but some of them cover Latin America too.

Apart from getting involved with the entrepreneurial ecosystem from an academic perspective, I have been working as a mentor in Endeavor since 2004. In 2009 Endeavor Global in New York invited me to create an internal think tank known as Insight. Some institutions such as CAF and INADEM have retained me as a consultant specifically for the early stage financing industry that fuels entrepreneurship worldwide.

Finally, after working for several years in different investment management platforms, I decided to create my own firm that invests among other things in early stage companies. The portfolio includes a firm in Canada, one in the US and three in Mexico.

How would you describe the ecosystem in Mexico?
I describe it vibrant and growing. It is amazing to see foreigners with great backgrounds coming into the market. Think about Petsy or Gaia. Even Clip has foreign talent. This is a great sign for the future of Mexican entrepreneurship. I believe that since INADEM crated the seed capital program more entrepreneurs have been able to finance their start ups and eventually they will be able to raise money from VCs. Surprisingly some Silicon Valley based VCs have been starting to invest in Mexican companies including Kueski and Clip. All these are great signs of a healthy ecosystem. Having said that, we still need more professional investors and many successful entrepreneurs.

What do you expect in the next 12 months?
I hope to see more start ups that were able to raise money from a local seed or venture capital fund to raise a Series A from US or foreign funds that add to the validity of what is happening here. It would be great to see some of the firms that have raised a Series A in the US to be able to get a Series B. I trust that INADEM will continue investing in seed capital funds and hope that CMIC, a Mexico focused fund of funds, raises a second VC fund of funds. What I would really like to see is a big exit that becomes a game changer. This is not a question of if it is going to happen, it is just a matter of when it will happen.

What are the main challenges?
The main challenge is to connect all the entrepreneurs in Mexico with the small number of seed and VC funds in the market. Most funds are base either in Mexico City or Monterrey. The industry is still not well known nationwide. The second challenge is that firms that raised a seed round need to raise money 6 to 12 months after and there are not so many VC funds that could lead or take the Series A. Mexico needs more funds that focus on Series A. Finally, I believe that Mexican entrepreneurs need to stop imitating models that work in other parts of the world and need to start innovating a bit more.

What change or result would bring the greatest benefits for the ecosystem?
I am very happy to see that Mexican pension plans (Afores) started investing in VC this year through a publicly listed vehicle called CKDs. Ignia, the VC fund, was able to do its first closing in 2015. However, CKDs placements are very time consuming, costly to raise and to maintain. I hope that soon Afores are able to invest directly in VC funds.

Apart from having more liquidity the industry would benefit enormously by several entrepreneurs being able to raise large rounds of financing and reaching valuations of over US$100Mm. It would be very positive to have some major exits through the stock exchange or third party sales that shows that the money invested in Mexican entrepreneurs can be a good investment.

Describe your typical day
When I am not teaching I work very closely with each of the companies we have in the portfolio. Some of the firms need some structure that may include operating manuals, shareholder’s agreements, registering intellectual property or even hiring people. I try to manage those activities when I am working from San Francisco where I live. I try to go at least once a month to meet with the companies and focus on business development for each of the investments.

Who is your favorite entrepreneur?
Ernest Shackleton.

A recent book do you recommend?
Civilization: the West and the Rest by Niall Ferguson. Great read to understand why entrepreneurship works better in the West than anywhere else.

Smartphone, tablet, laptop or desktop?
Smartphone, but hate them all.

iOS or Android?
iOS. Tried Android, did not get far.

Ideal vacation?
A month in Iceland far away from everything including crowds.

What are your goals for the next 12 months?
I want to invest in two new companies. There is a likelihood that we would start one of those two companies as we have not been able to find a team or entrepreneur focused in one of the market opportunities that we have found.

It would be great to see all the other investments continue maturing and some of them should be securing Series A financing in the next 12 months.

Finally, I hope I can continue working with schools, Endeavor and other initiatives to support the entrepreneurial ecosystem in Mexico and Latin America.

One word that describes you?
Positive.

This site uses Akismet to reduce spam. Learn how your comment data is processed.